Just recently I worked with our Distributor in Argentina on an application for a manufacturer of bottled water. Once the bottles are filled, a protective security seal is placed along the top of the bottle. This serves two purposes, it prevents any form of tampering as well as keeps the cap of the bottle clean throughout the rest of the manufacturing process. Since most people drink directly from the bottle, this area needs to remain clean and not be exposed to contamination later on in the process.

Their problem was that static was building up on this plastic which caused an improper seal on the cap of the bottle. Further down the processing line, the bottles can be exposed to water that contaminates the bottles. They had to implement an inspection process as it was not acceptable to allow any contaminated bottles to leave the plant. Without a solution, they were losing time due to the necessary inspection as bottles were being rejected at a rate of almost 30%. 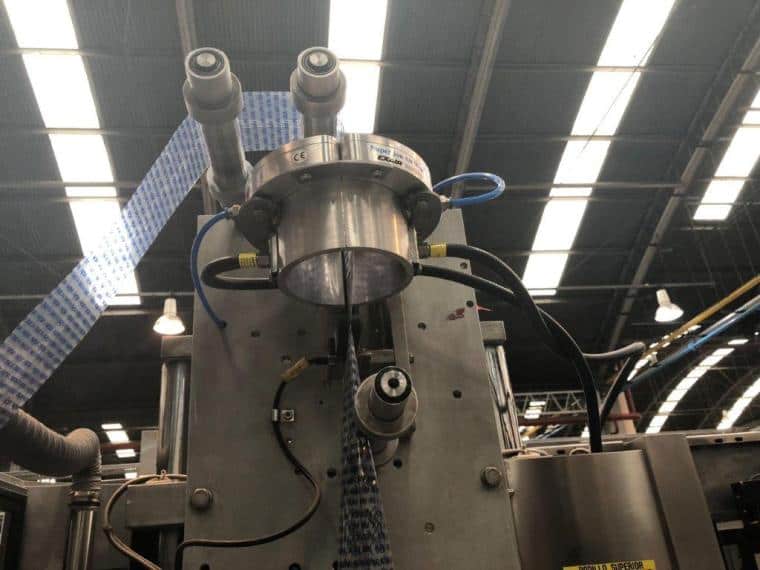 The recommended solution was to install a Model 8164 4″ Gen4 Super Ion Air Wipe just prior to the point in the process where the seal was applied. The plastic material passed through the center of the Super Ion Air Wipe which neutralized the static charge on the material. Without a charge, the seal was applied correctly and they were able to eliminate the need of a manual inspection. After installation, the reject rate dropped to 0%!!

The Gen4 Super Ion Air Wipe provides a uniform 360° ionized airstream and is available in both 2” and 4” ID sizes. Its clam-shell design makes it easy to clamp around a part for neutralizing static electricity and contaminants. The high volume, high velocity airflow attaches itself to the surface and wipes it down with static eliminating ions. The airflow stays attached to the surface and is effective up to 15’ away from where it’s mounted. It’s lightweight and easy to mount using the ¼-20 tapped holes on the back or can also be held into place with just rigid pipe. 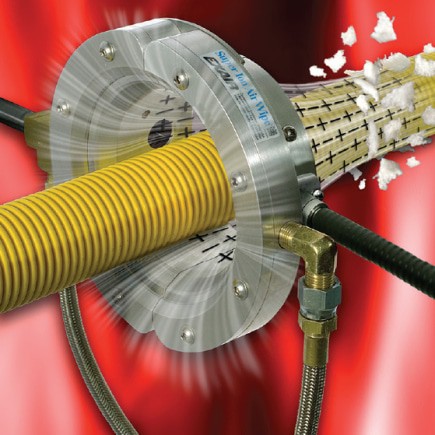